I’m going to level with you before I venture down into the depths of my TBR, I’m not 100% sure that I’m going to get rid of any this time around. I have a mountainous pile of physical books to read, because I am a weak-willed bookworm, and I might have added a few more wishlist items to by Goodreads TBR, but I don’t know if I can get rid of any this week. And that’s okay. Some weeks there will be a lot of books I’m still interested in, but it’s nice to revisit them and reflect on why I want to read them (even though I haven’t and they’re crying out to be read).

The Strange and Beautiful Sorrows of Ava Lavender by Leslye Walton

Foolish love appears to be the Roux family birthright, an ominous forecast for its most recent progeny, Ava Lavender. Ava—in all other ways a normal girl—is born with the wings of a bird.

In a quest to understand her peculiar disposition and a growing desire to fit in with her peers, sixteen-year old Ava ventures into the wider world, ill-prepared for what she might discover and naïve to the twisted motives of others. Others like the pious Nathaniel Sorrows, who mistakes Ava for an angel and whose obsession with her grows until the night of the Summer Solstice celebration.

That night, the skies open up, rain and feathers fill the air, and Ava’s quest and her family’s saga build to a devastating crescendo.

I love characters that have wings. Don’t ask me why, I can’t tell you. But I was obsessed with James Patterson’s Angel Experiment books when I was younger and I’ve been so tempted to re-read them recently. I would really love to read this book. KEEP

In this bewitching, sensual novel, Essie Fox has written another tale of obsessive love and betrayal, moving from the respectable worlds of Victorian art and literature, and into the shadowy demi-monde of brothels, asylums and freak show tents – a world in which nothing and no-one is quite what they seem to be.

Again, I’m really drawn to the darker side of Victorian society. The synopsis of this book is giving me Penny Dreadful vibes, and I was so in love with that series. So I think it’s going to have to be a keeper. KEEP

Cranford is an affectionate and often moving portrait of genteel poverty and intertwined lives in a nineteenth-century village. One of Elizabeth Gaskell’s most beloved works, it centres on a community dominated by women and governed by old-fashioned ways. The formidable Miss Deborah Jenkyns and the kindly Miss Matty’s days revolve around card games, tea, thriftiness and an endless appetite for scandal, until change comes into their world – whether it is the modern ideas of Captain Brown, a bank collapse, rumours of burglars or an unexpected reappearance from the past.

I’ve never read a book by Elizabeth Gaskell that I didn’t like. She’s just a fantastic writer and I love how her characters develop over time. KEEP.

Angel, at any rate, is the story of such a monster. Angelica Deverell lives above her diligent, drab mother’s grocery shop in a dreary turn-of-the-century English neighborhood, but spends her days dreaming of handsome Paradise House, where her aunt is enthroned as a maid.

But in Angel’s imagination, she is the mistress of the house, a realm of lavish opulence, of evening gowns and peacocks. Then she begins to write popular novels, and this fantasy becomes her life. And now that she has tasted success, Angel has no intention of letting anyone stand in her way—except, perhaps, herself.

I’ve only read two of Elizabeth Taylor’s novels, but they’re so sensuous and so skilled at capturing the emotions that hide below the surface. Characters who are invested in their fantasies often tell the best stories. KEEP

The Go-Between By L P Hartley 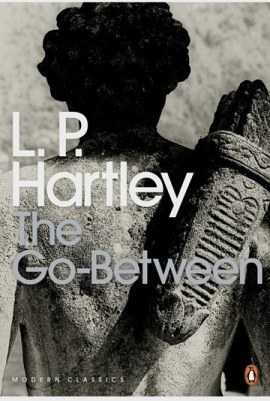 When one long, hot summer, young Leo is staying with a school-friend at Brandham Hall, he begins to act as a messenger between Ted, the farmer, and Marian, the beautiful young woman up at the hall. He becomes drawn deeper and deeper into their dangerous game of deceit and desire, until his role brings him to a shocking and premature revelation. The haunting story of a young boy’s awakening into the secrets of the adult world, The Go-Between is also an unforgettable evocation of the boundaries of Edwardian society.

I saw the TV adaptation of The Go-Between and it was flawless. KEEP.

What did I tell you? No movers from the TBR this week! What are your TBRs looking like? Are you adding more reads or clearing them out?