I think it’s about time I give my TBR a long, hard look again. The last time I did a Down The TBR Hole post I didn’t actually get rid of any books, which is fine, but I’m in the mood for a good clean out, so hopefully I can make it just a teeny bit shorter this week!

The Fortress of Solitude by Jonathan Lethem

This is the story of two boys, Dylan Ebdus and Mingus Rude. They live in Brooklyn and are friends and neighbours; but since Dylan is white and Mingus is black, their friendship is not simple.

This is the story of 1970s America, a time when the simplest decisions – what music you listen to, whether to speak to the kid in the seat next to you, whether to give up your lunch money – are laden with potential political, social and racial disaster. This is also the story of 1990s America, when nobody cared anymore.

This is the story of what would happen if two teenaged boys obsessed with comic book heroes actually had superpowers: they would screw up their lives.

For a while I got this book confused with The Impossible Fortress which is also a book about young boys who are shaped by the decade they were born in. The difference is this one has comics instead of a Playboy magazine and I am all for superpowers. KEEP

The Waves by Virginia Woolf 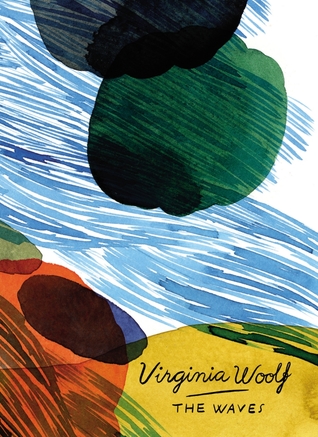 The Waves is often regarded as Virginia Woolf’s masterpiece, standing with those few works of twentieth-century literature that have created unique forms of their own. In deeply poetic prose, Woolf traces the lives of six children from infancy to death who fleetingly unite around the unseen figure of a seventh child, Percival. Allusive and mysterious, The Waves yields new treasures upon each reading.

I’ve wanted to read more Woolf since I finished Mrs. Dalloway, and it’s a tie between The Waves and Orlando. I’m also a lot in love with the Vintage editions published in 2016. It’s taking all my willpower not to buy them right now. KEEP

Shylock is My Name by Howard Jacobsen

Winter, a cemetery, Shylock. In this provocative and profound interpretation of “The Merchant of Venice,” Shylock is juxtaposed against his present-day counterpart in the character of art dealer and conflicted father Simon Strulovitch. With characteristic irony, Jacobson presents Shylock as a man of incisive wit and passion, concerned still with questions of identity, parenthood, anti-Semitism and revenge. While Strulovich struggles to reconcile himself to his daughter Beatrice’s “betrayal” of her family and heritage – as she is carried away by the excitement of Manchester high society, and into the arms of a footballer notorious for giving a Nazi salute on the field – Shylock alternates grief for his beloved wife with rage against his own daughter’s rejection of her Jewish upbringing. Culminating in a shocking twist on Shylock’s demand for the infamous pound of flesh, Jacobson’s insightful retelling examines contemporary, acutely relevant questions of Jewish identity while maintaining a poignant sympathy for its characters and a genuine spiritual kinship with its antecedent—a drama which Jacobson himself considers to be “the most troubling of Shakespeare’s plays for anyone, but, for an English novelist who happens to be Jewish, also the most challenging.”

I read Othello and Twelfth Night in school, but we never studied The Merchant of Venice. I am interested in the story but I’ve had it on my TBR for ages and there have been a few times where I could have bought it or checked it out of the library and I haven’t. So, for now, I think it’s a tentative GO

The Basic Eight by Daniel Handler

Flannery Culp wants you to know the whole story of her spectacularly awful senior year. Tyrants, perverts, tragic crushes, gossip, cruel jokes, and the hallucinatory effects of absinthe — Flannery and the seven other friends in the Basic Eight have suffered through it all. But now, on tabloid television, they’re calling Flannery a murderer, which is a total lie. It’s true that high school can be so stressful sometimes. And it’s true that sometimes a girl just has to kill someone. But Flannery wants you to know that she’s not a murderer at all — she’s a murderess.

I haven’t read any of the Lemony Snicket books but I am a huge fan of Adverbs. Still I was about 60% sure I was going to take this off my TBR because I couldn’t remember the summary, and then I read it. It’s definitely staying. KEEP

Behind our democracy lurks a powerful but unaccountable network of people who wield massive power and reap huge profits in the process. In exposing this shadowy and complex system that dominates our lives, Owen Jones sets out on a journey into the heart of our Establishment, from the lobbies of Westminster to the newsrooms, boardrooms and trading rooms of Fleet Street and the City. Exposing the revolving doors that link these worlds, and the vested interests that bind them together, Jones shows how, in claiming to work on our behalf, the people at the top are doing precisely the opposite. In fact, they represent the biggest threat to our democracy today – and it is time they were challenged.

I don’t read many non-fiction books as a rule, and I don’t think I’ve ever read one about politics. So I’m interested to read at least one and see how their views shape up against my own. KEEP

So I finally made the TBR one book shorter! Hopefully I won’t undo all the good work too soon! What books have you added/ taken off the TBR pile this week?