Top Ten Tuesday is a weekly meme hosted by The Broke and the Bookish. Each week they post a different topic that one of their bloggers answers, and they invite others to join in either by posting their answers as a comment or by creating their own blog post.

Top Ten Tuesday is taking a break for a couple of weeks. I only started taking part in TTT a few months ago, so I thought in the meantime I’d look through some of the old topics. Luckily there are literally hundreds to choose from, so I have enough to keep me busy until it starts back up in August! This week I’m revisiting 10 Books I Picked Up on a Whim, so I’m going to share 10 books I impulsively bought that are on my TBR!

When I went to Hay Festival in May, Alwyn Hamilton was doing a talk on one of the days, and I think either it was the day before I got there, or I’d booked a different talk at the same time, but I missed it. Then I went in to the Festival Bookshop and they had signed copies of both books. So I snatched them up.

Charity shops are my weakness. There’s a great one in town that has so many books. I had already bought 20 books in Hay, and then I went in to Oxfam three days after and saw this hardback. I was interested in the premise beforehand but getting it for a bargain sealed the deal.

I keep saying how much I love re-tellings and then I never get round to actually reading them. I bought Heartless at the supermarket when I was supposed to be buying food. Oops. 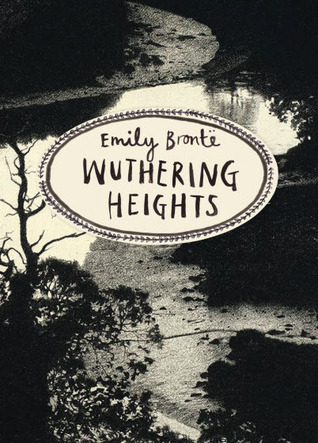 I already have an orange Penguin classic edition of this book, but I fell in love with this cover and I had to buy it. I’m hoping to finally read it when autumn kicks in.

A Boy’s Own Story by Edmund White

This was another charity shop buy. If I’m honest, I can’t remember much of the premise but have had it on my TBR for a while, and I quite like the idea of going in without any expectations.

I saw Victoria Hislop’s talk and reading at Hay. I wasn’t going to buy the book. Although I really enjoyed The Island, my mum is a much bigger fan. But the premise of these postcards turning up from a stranger, written for someone else, gripped me. Sadly I missed the signing because I didn’t figure out until halfway through the day where the signings were.

The Essex Serpent by Sarah Perry

I probably should have read this by now, but it was another supermarket steal. I like the cover and the myth surrounding the premise.

Holding Up The Universe by Jennifer Niven

I forgot I bought this book and only found it when I was looking for books for this post. How bad is that? I’d seen a lot of positive reviews about it a while ago and picked it up based on them. I can’t remember the plot summary of this one either.

How To Build a Girl by Caitlin Moran

I picked up this book because it was a Caitlin Moran book and I have wanted to read something by her for ages. I was taken by surprise when I realised it was fiction, but I’m still eager to read it.

I think I might have to have a book reading day and try to get through some of these! What are your best and worst impulse buys?