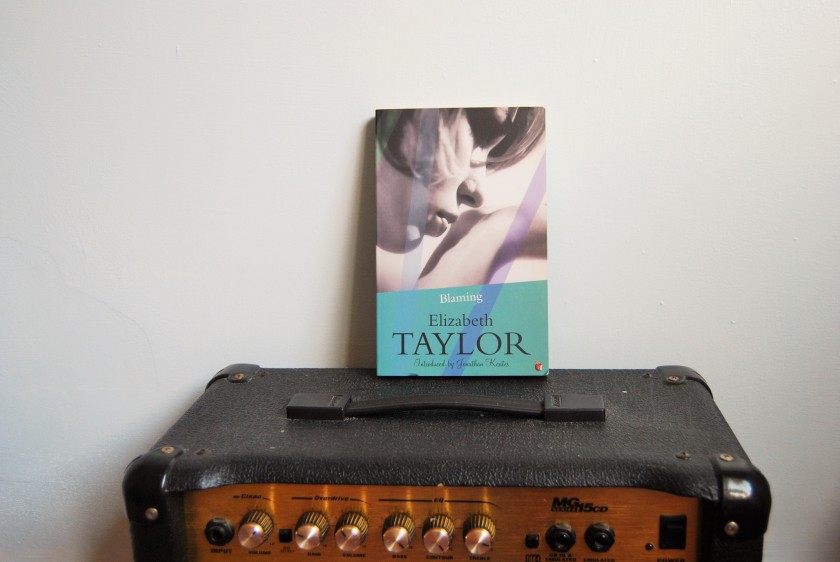 “Sometimes,” Martha said, “I have thought that there might be quite peaceful and pleasant ways to go insane.”

For me, Elizabeth Taylor is up there with Sylvia Plath when it comes to writing simple lines that have the power to punch you in the gut. The first book of hers I read was In A Summer Season, around this time last year. I read it so fast that I’m not sure how much of it sunk in. I read it to say that I’d read it, and although I know I enjoyed it, I didn’t appreciate it. When I came across Blaming in a charity shop, I decided it was about time I paid Taylor the attention she deserved.

Blaming is Taylor’s final novel, written when she was dying of cancer. While on a cruise celebrating his recovery from a recent illness, Amy’s husband suddenly dies, leaving her widowed and alone in an unfamiliar country. Martha, a young American tourist also travelling on the ship, offers Amy her support while the necessary preparations are made, starting an uncomfortable friendship that Amy is reluctant to maintain when returning home but Martha is determined to uphold.

Amy and Martha are very different people and because of this they approach their friendship in very different ways. The feelings Amy has towards Martha are conflicting. She resents her because she feels obligated to her and this in turn causes her to feel guilty. She wants to keep Martha at arm’s length, but the American’s forward nature bewilders her. Martha is a writer, and her desire to write an English novel makes her over-eager, her curiosity coming across as impertinence to the reserved Amy.

Taylor has an easy way of creating characters that are both amusing in their eccentricities and real because of them. Martha wears shabby clothes but bright lipstick, has a penchant for trinkets and old postcards, Ernie the housekeeper is snobbish, has oversized false teeth and a long list of ailments and Amy’s grandchildren Dora and Isobel are serious and petulant in equal measures. Ernie is a comedic character that could just as easily have slipped out of an Austen novel, and Martha is something like how I imagine Sylvia Path would be, she has her visible quirks but she is elusive. There are parts of her that no one can quite reach.

Blaming explores life, loss and the things we leave behind. It’s particularly poignant because of the situation surrounding its creation and the tenacity and strength Taylor must have had to complete it. Grief is there in Taylor’s characters, buried beneath English charm and American brashness; perhaps that’s what makes it truly tragic. Ultimately, it poses the question of whose is to blame when tragedy strikes. Is no one at fault or do we all equally share in the guilt?