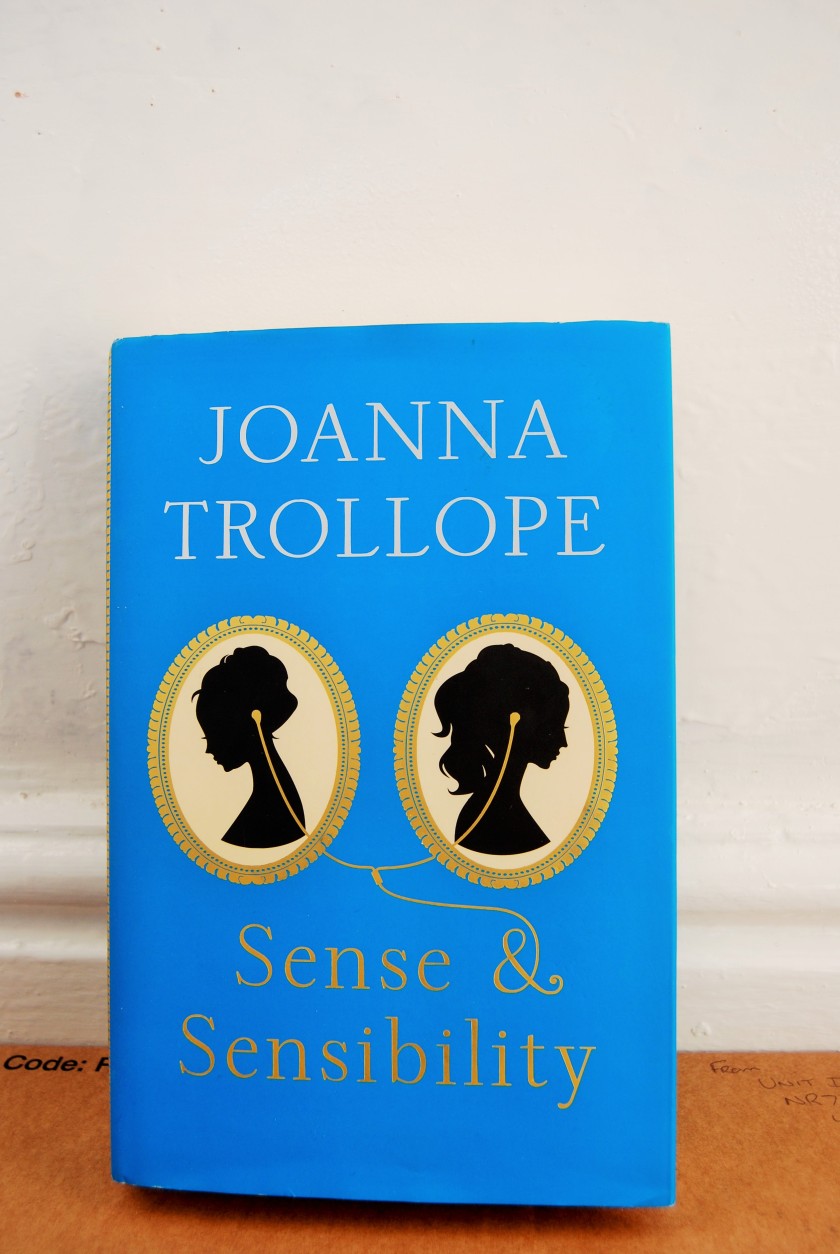 I almost made it out of Oxfam with my pennies intact, but decided to have a quick browse of the classics section, and maybe tempt myself by looking at the lovely E.M. Forster books if they were still there, only to have the bright blue cover of Joanna Trollop’s Sense & Sensibility catch my eye. I sighed, picked up the book, and headed straight for the counter before anyone else could get their hands on it.

The problem, or rather my problem, is that I am hopelessly drawn to anything with the slightest hint of Austen. I like to think we would have been firm friends if she hadn’t had the audacity to be born over two centuries ago. Each of her novels have a character of their own and to me they were equally enchanting. Although, I will always have a special place for Persuasion. Nothing rivals the joy of discovering Austen for the first time, but perhaps The Austen Project will at least compete.

Sense & Sensibility is one of three books that have been published in response to The Austen Project in which six contemporary authors are challenged to re-envisage Austen’s six novels. Since 2014 the project seems to have been put on hold, but I’m interested to see how Elinor and Edward’s relationship plays out in the 21st century!